For more detailed information pleasse click on the following link

After my arrival in Egypt in October 1985, Alexandria was one of the first places I did visit. It is a real Mediterranean metropole with a long and diverse history. Being founded in 331 by Alexander the Great  the Greek people and culture being and living there played an important role for long time. With the uprise of Arabic nationalism after WW II most of the Greeks however left the town and Egypt, the same applies for the Jews. So historical important aspects of this town, the culture and the country are today just missing.

“We entered Alexandria on Wednesday, the 13th day of the month of Sha’ban, and spent twenty-three days at the palace of the Benefactor. We rarely went into the city and so it is difficult for me to say anything about it. Nevertheless, it seemed to me that in terms of both its geographical location and its general condition it closely resembles Frankish cities.”

Rifa’a Rafi’ al-Tahtawi, “An Imam in Paris”, 1st essay
reporting here about his arrival at Alexandria in 1826 on his way to Paris 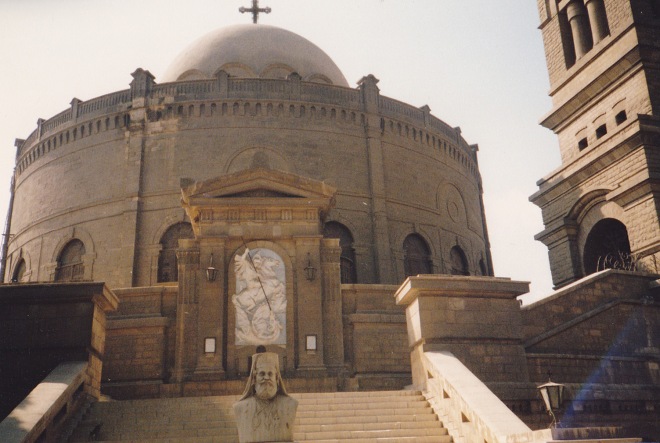 Egypt was one of the first places where the Christian belief settled down long before this could be said about Europe. The original inhabitants of Egypt, the Copts still living there as a minority, have their own style of Christian philosophy, the Coptic Orthodox Church. They have to maintain their way of interpreting the world in a country with a predominant Arabic-Muslim way of thinking since long time.  Government authorities do not support any hatred between the two religions while Jesus is regarded as well as a prophet in Islam for example.

In Alexandria I stayed in the centre of town in a normal Egyptian hotel being situated in a skyscraper of the 70s. The hotel hosted their guests in the 6th floor of this building such offering nice views on the town and the sea. In general I was content with it but one thing I did not like at all: the other inhabitants of the building. So one night I had to get up for a visit of the toilet being outside of my hotel room. So when approaching the toilet on the corridor being more sleepy than awaken, I suddenly saw a long procession of big, well nourished and black cockroaches passing my way. But I had no choice and made my way to the toilet where I did not stay longer than necessary. I have refrained from using the toilet again by night afterwards. 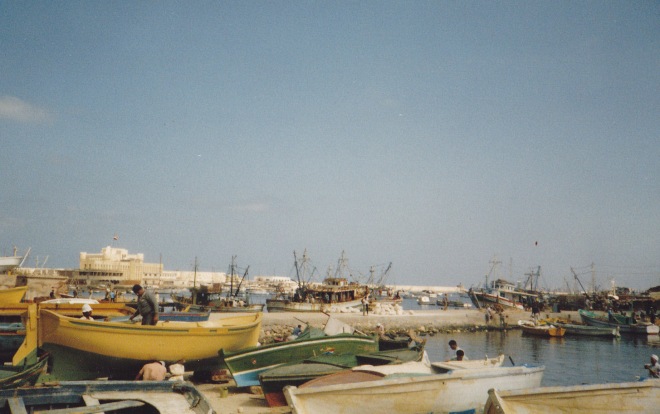 In the photo above you see the old Qaitbay Citadel from the 15th century being erected on the ruins of the antique Pharos. The constructors also used the materials and debris of the already destroyed famous lighttower of Pharos, one of the seven wonders of the antique world. The citadel was erected at the seaside by the Mamluks sultan as a protection against the Osmanic threat. Today it is just a peaceful, calm and historical place which reminds us to the past.

These are just some impressions from this old Egyptian town and metropole. 33 years after the visit I do not remember all what might be of further importance.

Next Egyptian tour:  Marsa Matruh / Oasis of Siwa (in a few days)

Please be so kind to respect that all texts, graphics or photos in this blog are protected by copyright. Unless otherwise mentioned by naming the individuali author, creator, designer or photographer all copyrights hold by Ulli Kattenstroth ### email contact: suburban.tracker@eclipso.at ################################## COMMENTS WELCOMED IN GERMAN, FRENCH OR ENGLISH. View all posts by Suburban Tracker